Rainsmoke is a music collaboration between Nigel Planer, Roger Planer and Chris Wade. Nigel has written the lyrics and sings lead vocals, while Chris and Roger play the music. Acoustic with psychedelic tones for good measure.

"Rexford Bedlo" is the music project by brothers Chris and Andy Wade. Featuring tracks from both of the chaps, the debut album is out now on Wisdom Twins Records. 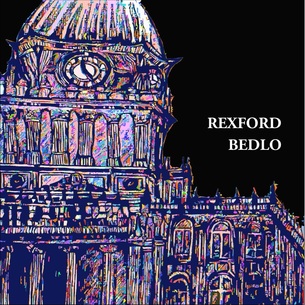 "There are some fantastic musical brothers, Allmans, the Everleys, and we can now add the Wades to that list" - CRS
"Rather fabulous!" - Active Listener
"Prepare to be blown away!" - Pennyblack Music
"8 out of 10" - Sound Blab

Renowned musician and artist Sand Snowman teams up with Chris Wade for some atmospheric folk. Sand's musical webs of mystery combine with Wade's vocals and lyrics to create an eerie and unique album. Check them out...

"Moonlight Banquet" is Chris Wade's musical side project, consisting of
instrumental pieces that just don't fit with the folkier elements of Dodson and Fogg.
Chris plays all the instruments on "Moonlight Banquet", including guitars, bass, percussion and keys. Prog rock anyone?  CD edition sold out.